Uh oh. Here we go again: Another study supposedly showing that breastfeeding might not protect infants from developing allergies. I’ve seen lots of studies like this over the years (and I bet I’ll see more like it in the years ahead). As I read about the latest study to hit the headlines–presented by Quindelyn Cook, MD at a recent meeting of the American College of Allergy, Asthma and Immunology–three reactions come quickly to mind. 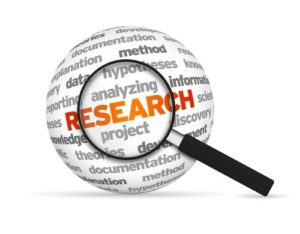 I’ve seen headlines like this many times before; this isn’t “news” to me, and shouldn’t be to others. I have a thick file full of studies showing similar results about allergies, asthma, and atopic ailments. Beyond that, why is this study important? What is the usefulness? If you told me that my child was just as likely to have allergies if he was fed formula as he would if I breastfed him, I would still choose to breastfeed. Why? Any of several reasons: Multiple studies over multiple decades have shown that formula-fed children have more morbidity and mortality than their breastfed peers. Formula-feeding is expensive for my family. Breastfeeding feels like a key role of motherhood.  Whether or not breastfeeding protects against allergies seems almost inconsequential. There are many, many reasons to breastfeed, apart from allergy protection.

I’m surprised to see major media outlets giving headlines and column space to a relatively small study that hasn’t even been gone through peer review and publication yet. There are plenty of rock-solid studies with thousands of study participants and mind-boggling results that are never mentioned in the popular press. The fact that this study doesn’t have a clear distinction between the two study groups–babies in both groups were fed formula–makes reporting on it, in my opinion, a waste of time, energy, paper, and ink.

We have here a case in which the researchers divided the study population into “two groups based on whether they were ever breast fed.” In the “ever breastfed” group were 134 kids and in the formula-fed group were 60 children. Although I haven’t read the (unpublished) study, this tells us that many of the children in the “ever breastfed” category also received formula. To make a fair comparison of breastfeeding’s effect on allergy risk, children in one group would need to be exclusively breastfed, that is, be fed nothing but their mother’s milk. Without such a distinction, it’s impossible to have a study that provides accurate results.

I see this headline only days after I chased down Hannah Rosin’s 2009 article on the Case Against Breastfeeding and wrote my scathing response. Why must there be such negativism about breastfeeding? What are all of these headlines, articles, and studies really about? It seems to me that they’re often just about filling the page, cluttering the mind, and frittering away money on information that isn’t clinically usable.

What do you think?