Another Look at the Case Against Breastfeeding 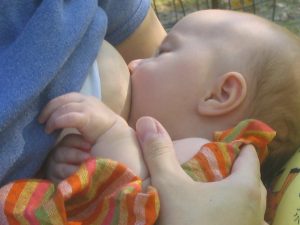 Spurred by a mother who asked about it, I recently re-read Hanna Rosin’s “The Case Against Breastfeeding,” published in The Atlantic in 2009. I was left wondering whether she is actually reading the research she quotes, is simply selecting the research studies that support her points, or is just running off that at the mouth. (I was annoyed to be revisiting the piece, but it’s proof that “nothing ever dies on the Internet”–junk like this can affect families, mothers in particular, long after they’ve been printed, criticized, and debunked.)

Exactly how many research studies do we need to prove to Rosin, or any other skeptic, that “breast is best”? Although she quotes noted researcher Michael Kramer, she conveniently skips over work by many of the most careful researchers on the planet. Her argument against increased intelligence as an outcome attributable to breastfeeding ignores research dating back to 1929. (Additional support for the connection has come out since Rosin’s piece was written; Victora’s study, published in the Lancet, is particularly worth noting.) Although researchers have been identifying “benefits of breastfeeding” for decades, Rosin is quick to discard their claims.

Interestingly, Rosin never mentions any health benefits for the mother; I would challenge her, or anyone else, to refute a stunning study conducted by the World Health Organization that concludes: “The relative risk of breast cancer decreased by 4.3% (95% CI 2.9-5.8; p<0.0001) for every 12 months of breastfeeding in addition to a decrease of 7.0% (5.0-9.0; p<0.0001) for each birth.” Apparently, a study carried out by the leading health authority in the world, with data representing over 47 epidemiological studies in 30 countries with nearly 150,000 women participating in the study just isn’t good enough to catch Rosin’s attention.

Rosin–and those who commented in support of her rambling article–give no mention to the fact that the U.S. Centers for Disease Control and Prevention and many other organizations have put millions of dollars behind breastfeeding promotion and support. Presumably she thinks that all such dollars—including her taxpayer dollars—have been frivolously spent despite any serious evidence that breastfeeding improves long-term or short-term health outcomes.

Even the formula companies are quick to admit that “breast is best.” I’ve been reading these scientific studies for over 30 years. To me, any logical, science-minded person who questions the claim that “breast is best” should also question Newton’s Laws of Motion and Einstein’s Theory or Relativity. If you’re tempted to accuse me of overstating the case, I’ll ask you to just wait just a few decades; with all of the recent and current work in areas of genomics, breastfeeding, maternal and infant health, I predict there will be as much proof for the “breast is best” claim then as there is for any universal law of science known to humankind now.

I hear Rosin’s “case against breastfeeding” and the voices that joined her in the comments section. Their primary complaint about breastfeeding really seems to be that it requires self-sacrifice. I fully agree. Parenting isn’t easy. But a parent who gives formula as an infant’s sole source of nutrition is giving the infant something that is less than the best.

Do you think the next generation deserves the best start in life? Let me know.