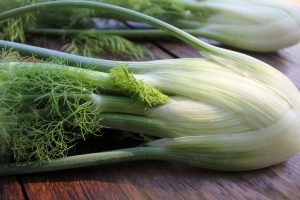 Here we go again. Another day, same old question — or, at least, same type of question. Mothers [somewhere] are using [something] for [some breastfeeding problem — almost always this is “to increase their milk supply”]. This latest time, the question is about using fennel to increase milk supply. When I get these questions, it’s generally from a nurse I know, a lactation consultant, someone in one of my lactation courses, or someone for whom I’ve provided consulting services reaching out to me and asking: What do I think about it?

Quite honestly, almost always, my first response is “Oh for pity’s sake!” I am about up to “here” with all of these “experts” who talk about evidence-based practices in one breath, and then turn around and suggest some trendy new supplement in the next.

So now we come to question about using fennel to increase milk supply. Most of us know fennel as a vegetable we’ll find in the crisper drawer of our fridge, or at the local grocery market. Although it looks like a strange hybrid of celery and dill, fennel is most well-known for its anise-like, licorice-like flavor. The person who asked me about it wasn’t asking about the raw vegetable, though, but rather the use of an essential oil derived from it. What do I think about it?

Looking for a magic fix

Everyone seems to want some magic pill, some silver bullet, using some kind of herb, drinking beer, or even fennel to increase milk supply, or relieve her postpartum worry. Rather than rely on the known principles of abundant milk-making (supply and demand), they want something to take, a cure-all, a fixative.

I’m hesitant to come out and decree ”Don’t use any of this stuff.” Botanical medicines have been used for thousands of years, and there may be some benefit to the use of such agents. However, there may not be. We don’t know.

No substitute for emptying breasts

But what we do know is that there is nothing that substitutes for frequent, complete emptying of the breast. For the mother to have enough milk, at least two conditions must be met:

Rather than reach for their essential oils, mothers concerned about their milk supply should reach for their babies — at the earliest signs of hunger. “Remove to refill” is my mantra for anyone worried they’re not producing enough milk.

For more about how your breasts work to feed your baby, listen to “The Milk Makers” and “Baby Needs It, Mom’s Got It: Getting Milk from Breast to Baby” episodes of Born to be Breastfed.

Have you heard about using fennel to increase milk supply? Share your thoughts in the comments section below!